Photo: Bushels of bread for a sermon illustration at Christ Memorial Church, 1980s 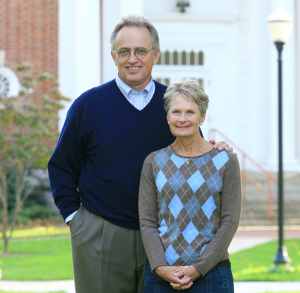 This year’s Distinguished Alumnus Timothy Brown ‘76 first served as the pastor of Fellowship Reformed Church in Hudsonville, MI, then First Reformed of South Holland, IL, and also Christ Memorial Church in Holland, MI, beforebecoming the Henry Bast Professor of Preaching at Western Theological Seminary and retiring as president of that same institution. He served on many boards, including the boards of Hope College and Words of Hope. But only to list the jobs he had or the roles he played would diminish his influence on so many of our lives.

I think these words from 1 Corinthians 13 might be a window into something that is more true of my dad:  “And now faith, hope, and love abide, these three; and the greatest of these is love.” 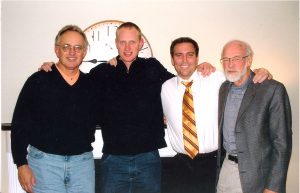 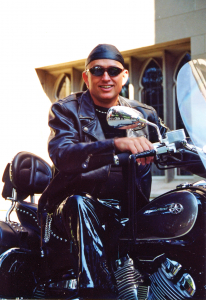 Hope. If there is a word that epitomizes my dad more than any other, it is hope. He thinks Michigan will win the national championship in football and basketball every year. He still thinks each of his three children are the best at whatever they’re doing. It’s not only a family thing, though, he actually thinks everyone he encounters is fascinating, brilliant, hard-working, and kind. Many of you witnessed his loquacious praise and thought maybe he was exaggerating, but he said the same thing to us about you. “She’s a phenomenal preacher,” he would say. “He is so smart,” he would mention. “They are so generous,” he would add at a dinner table conversation. He actually saw in each of us what the living God meant when it was declared, “Let us make humankind in our own image, according to our likeness.” He saw that in all of us, and told us what he saw, always hoping we’d live into it.

Love.  Mostly he loves Jesus, the Word made flesh who comes to us still in the Word written, the Bible. So he spent countless hours interiorizing Scripture. Some say, “he must have a photographic memory.” I can assure you that is not the case; he just loves Jesus so much that he immersed himself in Scripture to come to know Him more deeply. And he really wanted others to know the same Christ by internalizing the same Word. His love for Christ may be no more evident than now. In his retirement he spends his days as a substitute teacher in Holland’s Public Schools. I regularly ask him, “Hey man, shouldn’t you take it easy? Why don’t you relax a little?” He regularly responds with the call of missionary Lesslie Newbigin:  “to enter every sector of public life to claim it for Christ.” 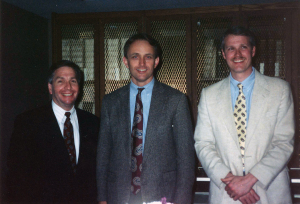 Tim is flanked by his supportive friends and advisors, Dave Breen and Tom Boogaart, at his Doctor of Ministry presentation, 1992

“Now faith, hope and love abide, these three.” And none of those three without my mom. They believed God together when life in ministry was hard or when life with family was tough. They hoped in something more together when pressures were high and challenges were real. They loved each other through it all; they love each other still. And together they love so many so well. I’m probably biased—but that doesn’t make me wrong—“love” might be the defining word for how others experience them. The young woman wondering if she can preach, they loved into preaching. The tired pastor wondering if he could keep going, they loved into continuing. The three kids who wondered if they would ever measure up, they loved so much that measuring was not ever a part of the conversation.

So my father, Tim Brown, has received the 2021 distinguished alumnus award from Western Theological Seminary, but mostly that’s a way of saying, “We love you too.” Now faith, hope and love abide, these three, but the greatest of these is love. 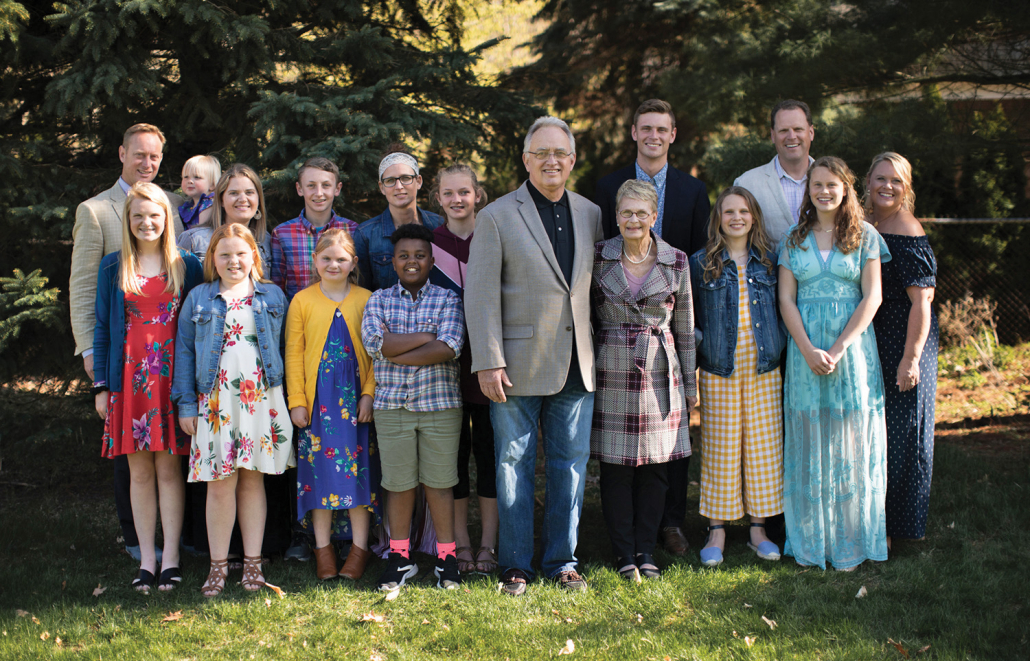 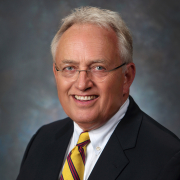 Service to the church: