Western Theological Seminary has been a pioneer in Distance Learning. We have leading programs that are perfect for those already working in professional or ministry settings.

Aspects of the program include: 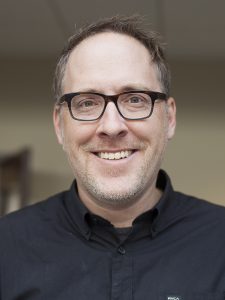 “ The DL program at WTS continues to be an incredible gift to me. My path to ministry was highly unusual, and a traditional seminary experience would have been impossible.

I had completed more than 75 credits at another seminary and promised myself that I would someday return. For over a decade, my wife would look at me and say, ‘This is the year you should finish seminary.’

In the spring of 2013, I was hired to be the lead teaching pastor at a church. Along with my offer came the opportunity to complete my seminary studies. I made a few phone calls and learned that my credits had formally “expired” despite the fact that I had been working full time as a pastor during the intervening years. I mentioned this fact to my friend (himself a current WTS student) and he told me to call admissions representative Jill English. I did and learned that there was a way for me to finish my degree online and, perhaps, to receive credit for my work at the other seminary.

I met with Jill and sent my transcripts to the registrar. In the fall of 2015, I joined the WTS community as a student.

I have found the staff, administration, and culture at WTS to be exceptional. There is a strong sense of community, a fact that surprised me due to the fact that most coursework is completed online. I can honestly say that I feel more known at WTS than I did as an in-residence student at the other seminary. I see WTS as significantly “ahead of the curve” with regard to what it takes to train future pastors. “